Roasted Eggplant with Feta and Parsley

I've always been fond of roasted vegetables. They are just so good at preserving the vegetable's natural flavours without wholly destroying all the nutrients compared to other methods of cooking, such as sautéing and frying. Combinations are quite flexible as well  - you can simply roast pretty much anything. Potatoes, tomatoes, peppers, whatever you like. For the recent Valentine's Dinner Series, we decided to make this colourfully roasted eggplant with tomato and feta "sprinkles" on top. The eggplants and the Greek-like salad could also be eaten separately if you're too lazy to spoon them on top (if you're eating just for the sake of it..."who cares about pictures anyway?") 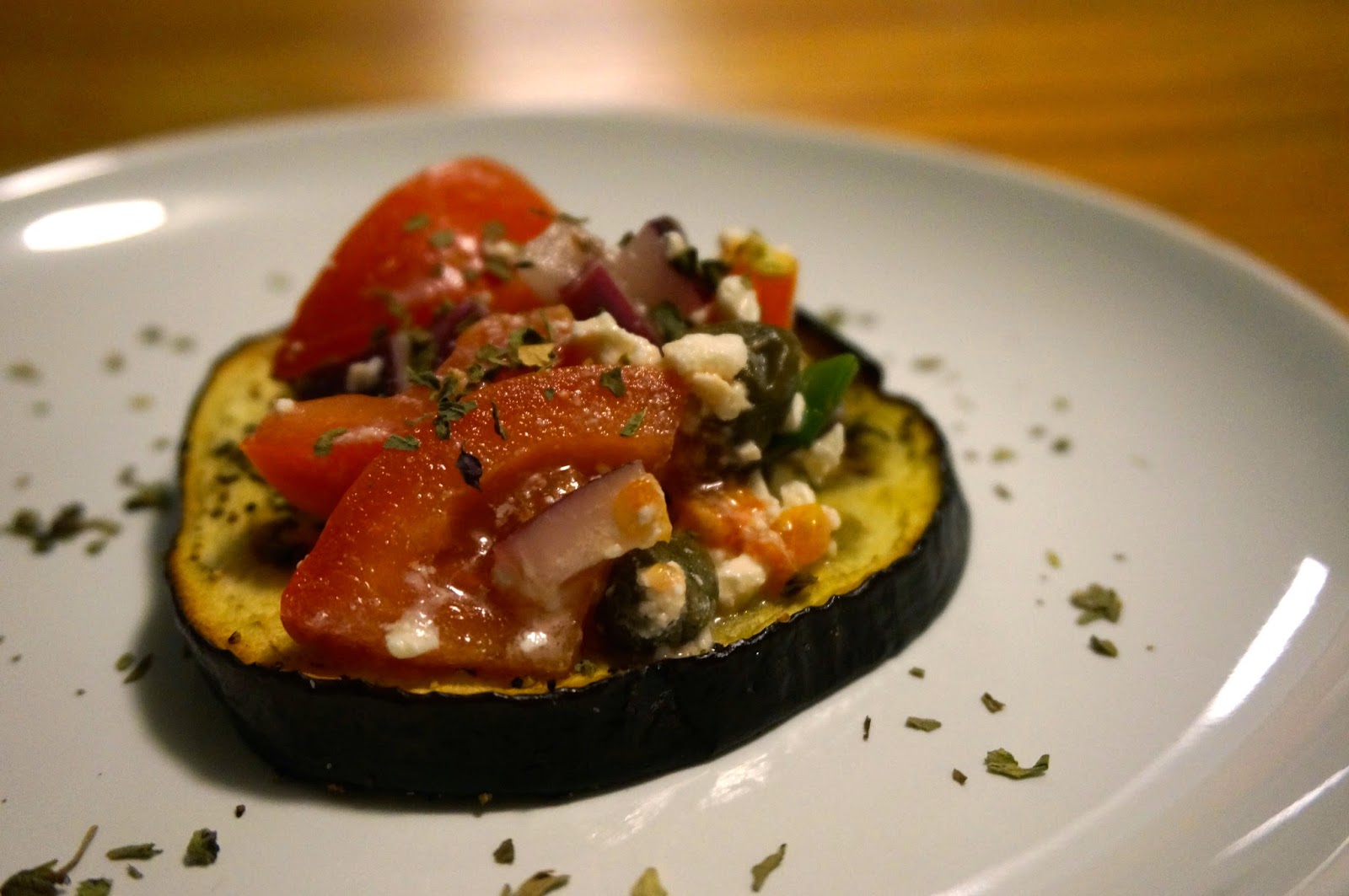 These are actually super quick to make, an easy and healthier alternative to fried eggplants. 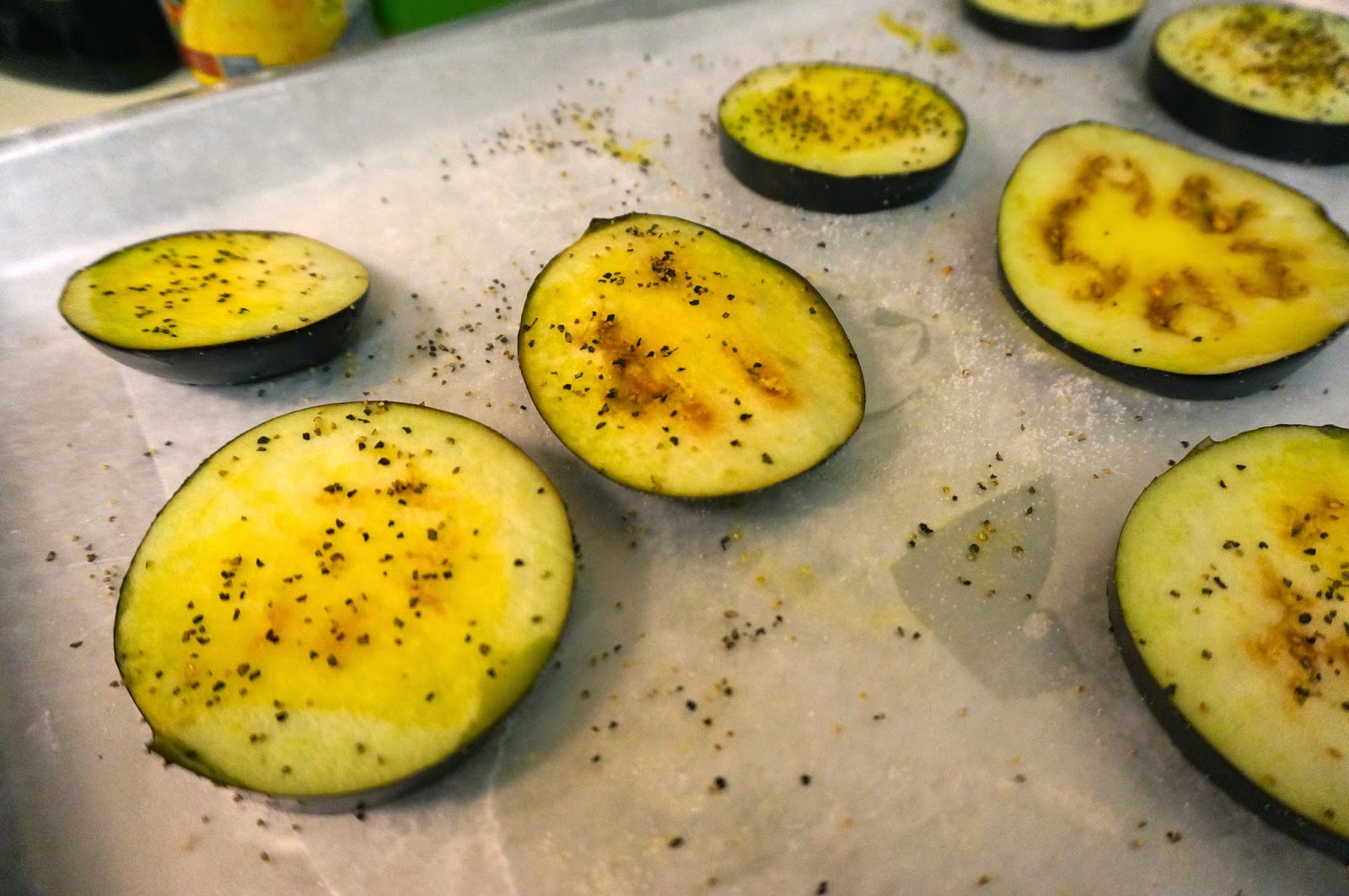 Located on the westcoast seashore, Vancouver has been long well known for its fresh and diverse selection of seafood. Restaurateurs have skillfully played with local ingredients and created some of the finest dishes I’ve ever tasted. One of them is ORU, Fairmont Pacific Rim's local concept restaurant.

ORU uses locally-sourced ingredients inspired by the flavors of the Pacific Rim, taking a play on traditional modern American restaurant with a twist by changing to Pacific Northeast cuisine. Open kitchens, modern furnitures and casual servers all contribute to creating a lounge-like environment to the guests. 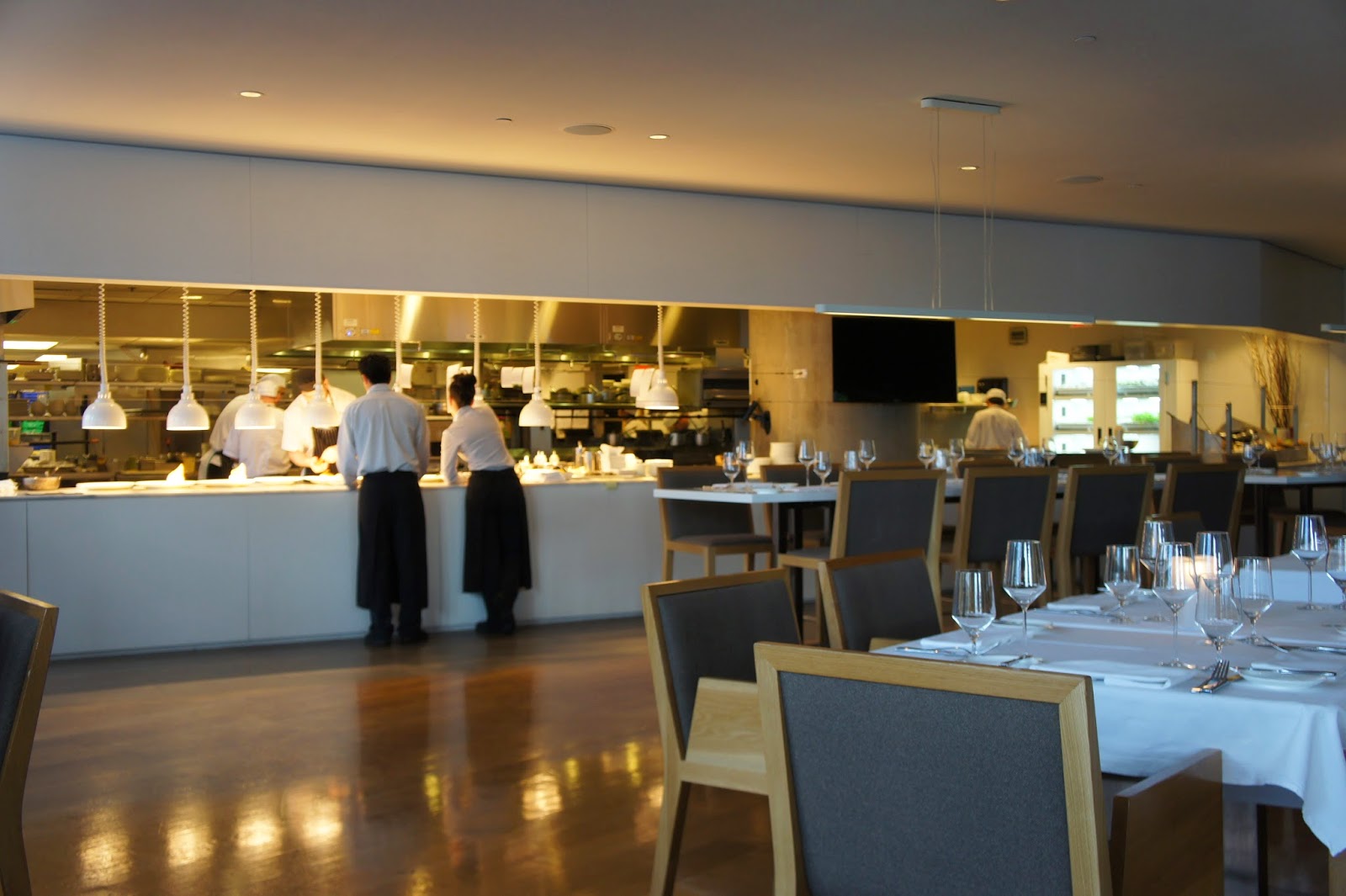 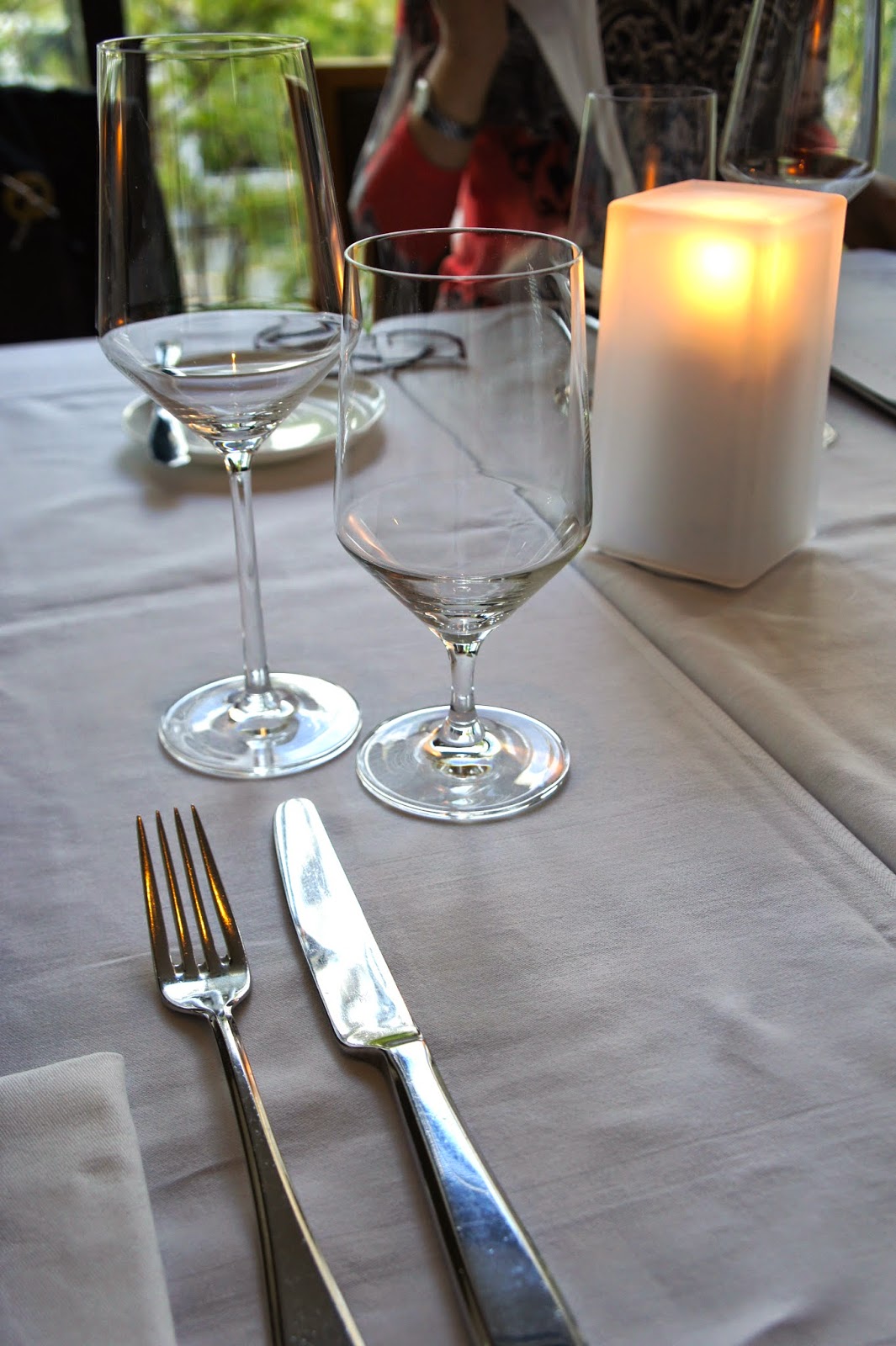 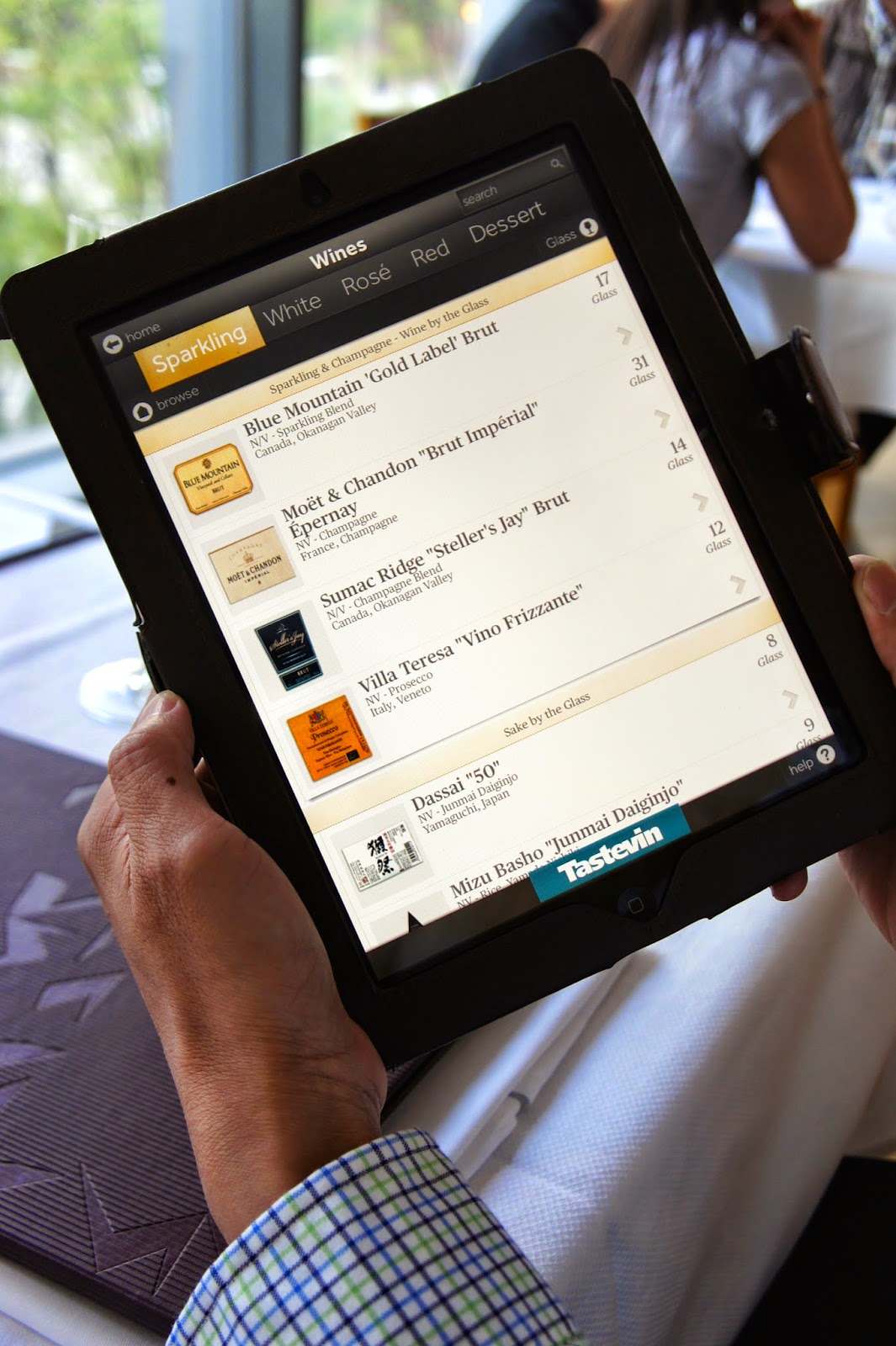 When we sat down, the server brought us an iPad instead of the menu, which defied the paper menu concept but also added a sense of modern-ness to our experience. Detailed descriptions were included with every food and beverage item, which was very helpful to us.

The Dim Sum Industry of Vancouver

When one travels to Vancouver for the first time, dim sum is a must-try activity here. Rumors say that due to the Hong Kong Transfer of Soverignty in 1997,  Hong Kong residents immigrated to North America in hopes of fleeing from possible rebellions and other conflicts, many of them were chefs from five-star hotels and the best restaurants. The arrival of the chefs quickly added a diverse dim sum scene which eventually became Richmond, a region in the Greater Vancouver area well-known for its Chinese food. Here are some of the most unique ones I've found so far. 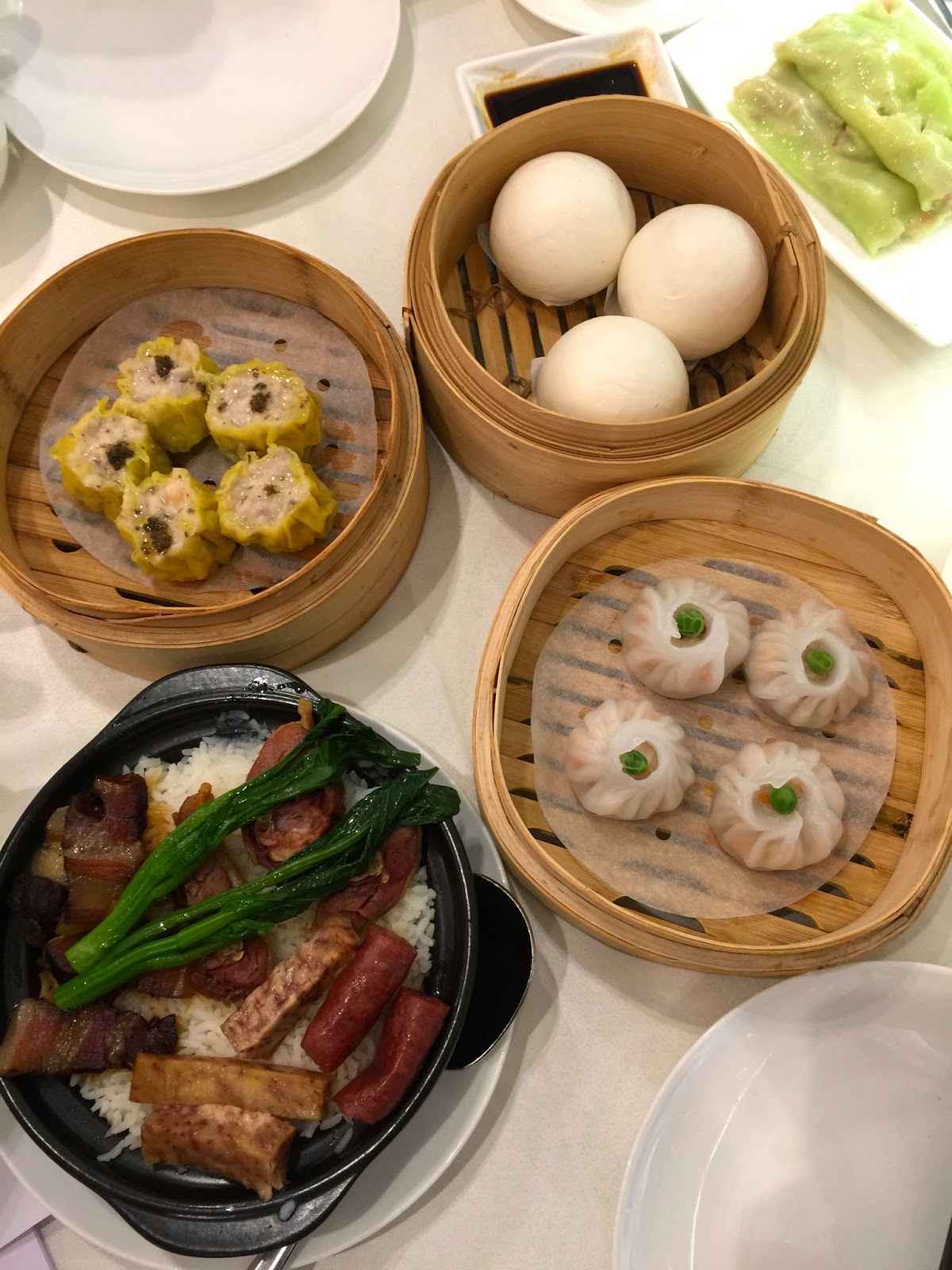 Opened somewhat recently in January 2014, Chef Tony's hit the crowds like a smooth waterfall and won the Top 10 Best New Restaurants of the Year. The secret? creative, unique dim sum dishes. Chef Tony moved to Canada in 1996, just before the 1997 event. After opening one of the oldest (and still one of the most popular ones) Chinese restaurants, Sea Harbour Seafood Restaurant for over fourteen years, he finally decided to open his own take of traditional dim sum.

Picture above are the black truffle shrimp dumplings, taro yolk steamed buns, bitter melon-infused rice wraps, steamed shrimp mini buns, and savoury sausage taro rice. As weird as the names might sound, each dish was very good despite its twist on traditional flavors.
Read more »
Posted by Unknown at 11:25 PM No comments:

The concept of "Farm-to-Table" has been a newly popular restaurant concept sweeping through numerous major cities across North America. In this type of restaurant, owners partner with local producers in delivering the freshest ingredients possible for everyday dining. Therefore, the menus are often different everyday depending on availability. I had the chance to visit Farmer's Apprentice, a 20-seats Farm-to-Table restaurant located just outside of Downtown Vancouver. Due to its limited seating capacity and fewer demands, the cooks in the restaurant also serves as servers, presenting their product elegantly to the guests. As we sat down, I immediately felt a sense of being in a summer garden though it was winter at the time. 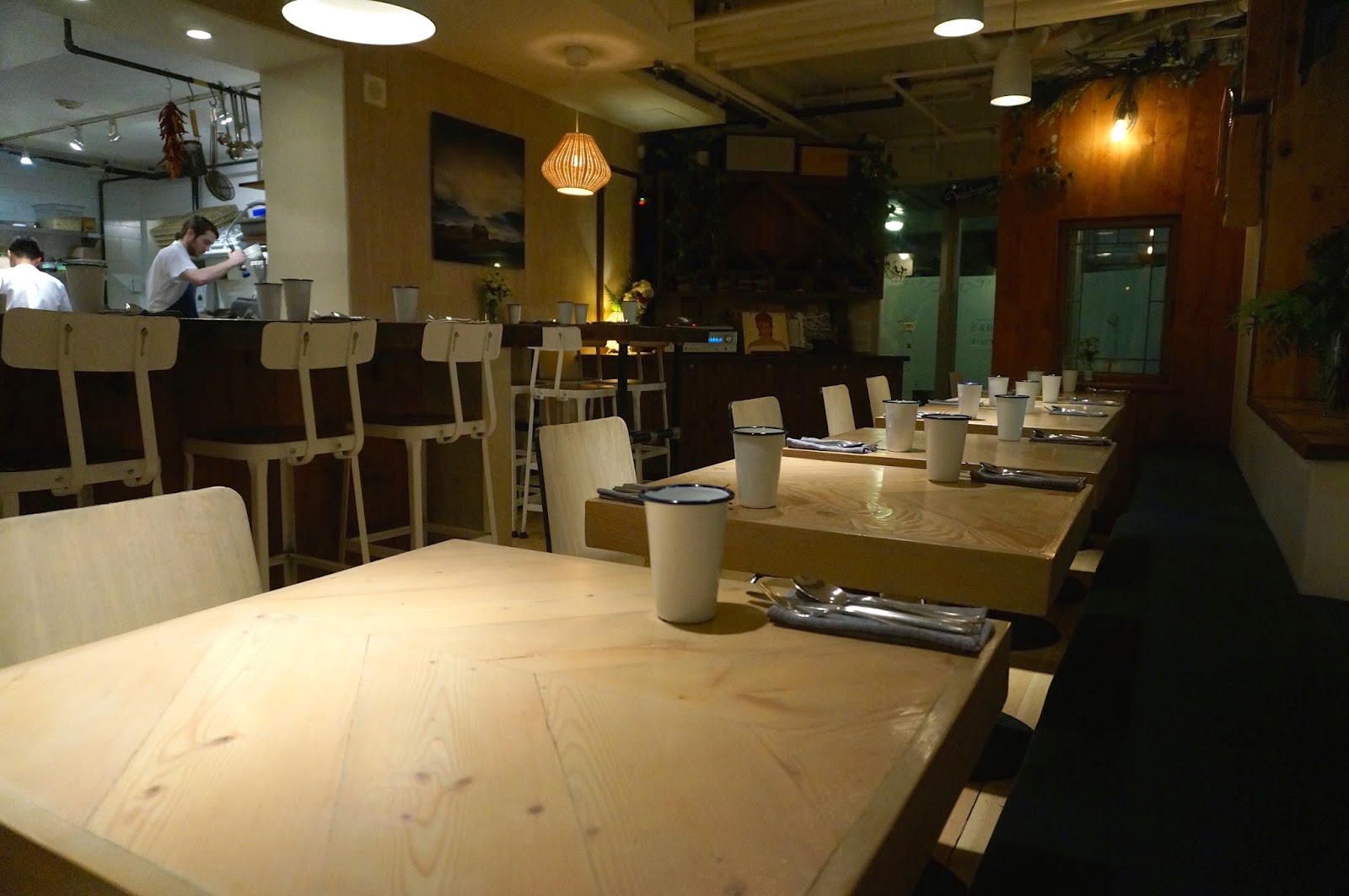 The furnitures and decorations all pertained to the theme of local farm-style and freshness. 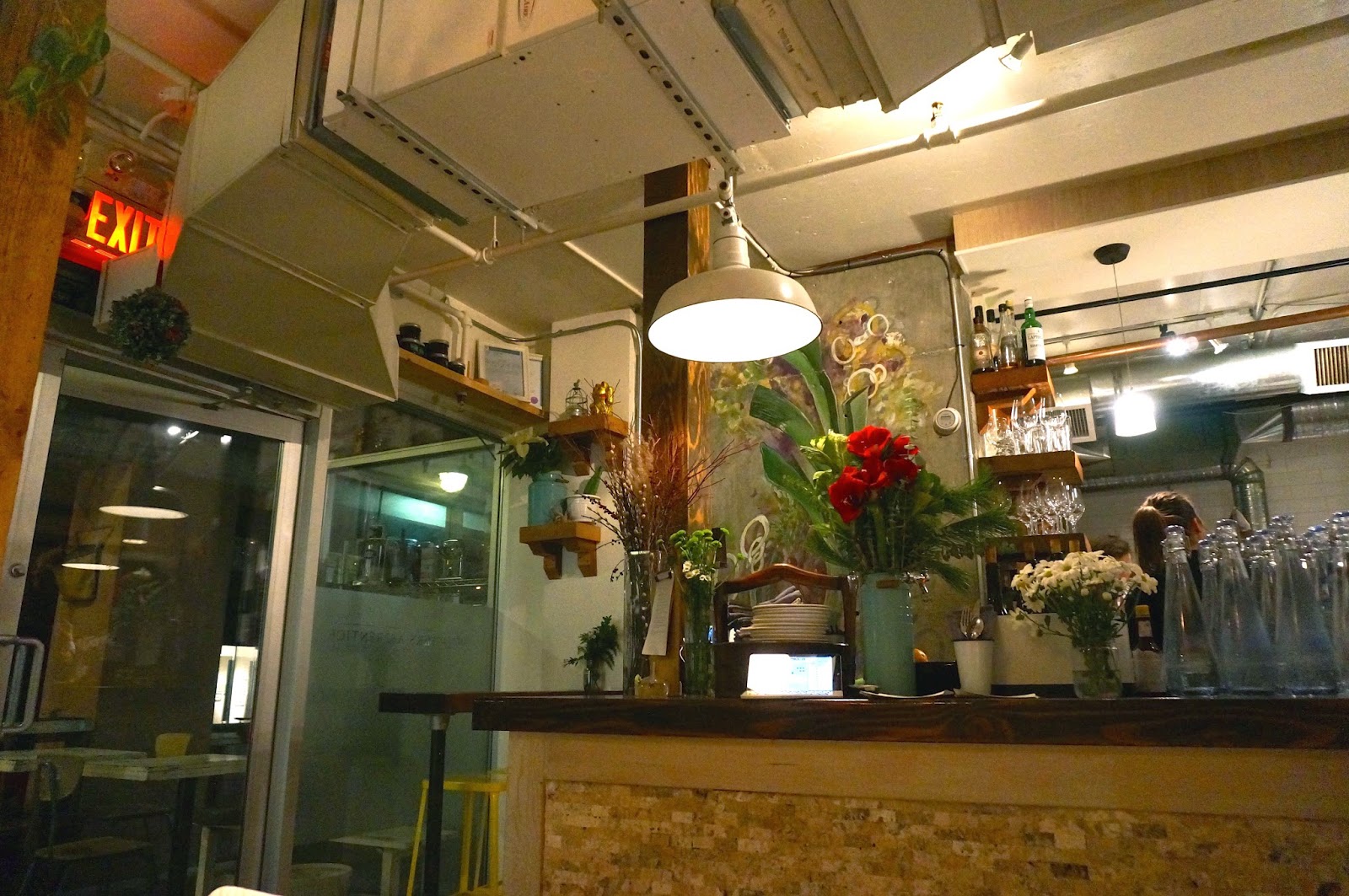 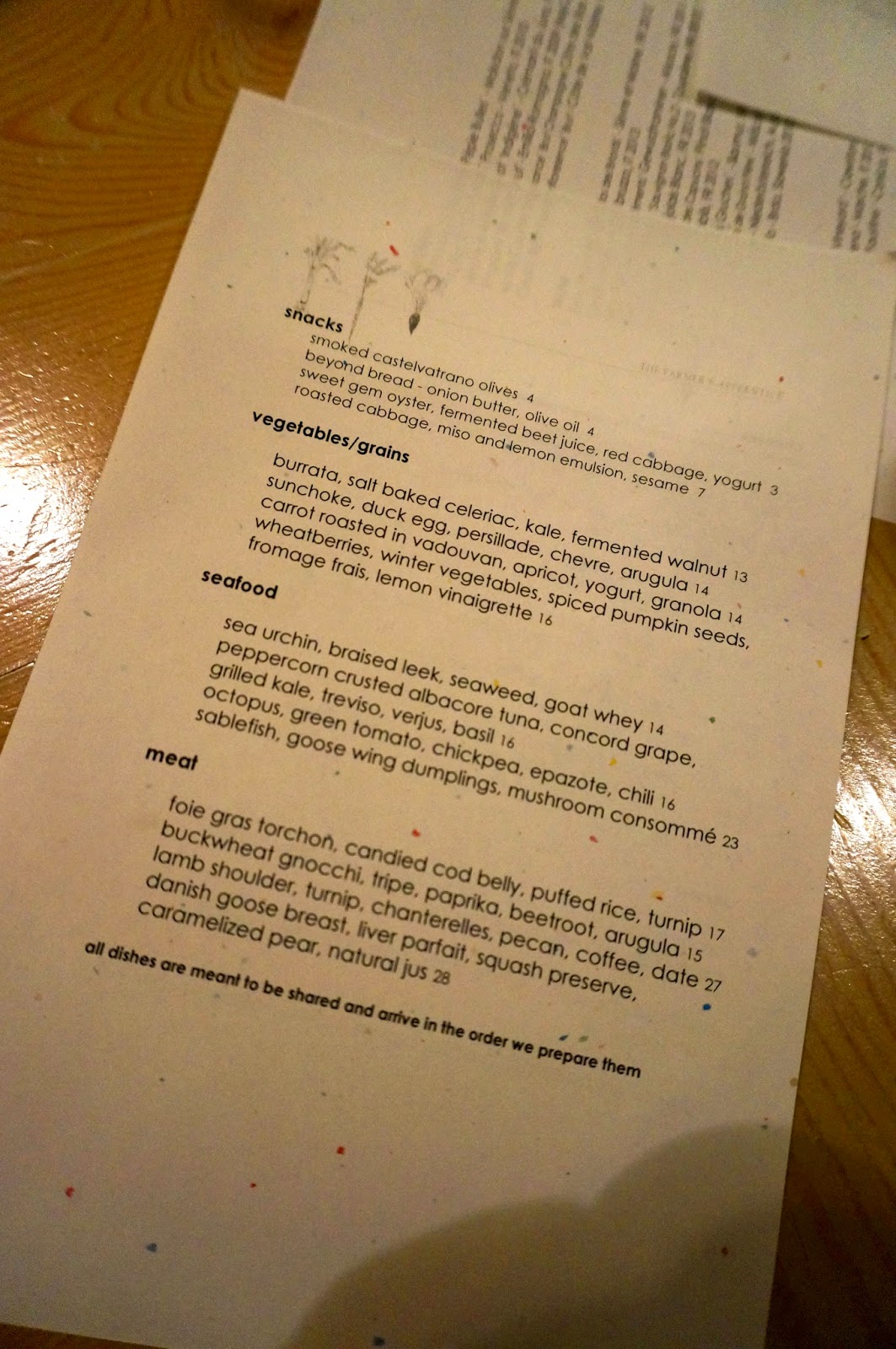 The owner handed us today's menu and told us about the portion sizes. At Farmer's Apprentice, all dishes are meant to be shared instead and served at random orders, depending on the time it takes to prepare. This was very different from traditional restaurants where people order individual dishes for entreés.

I know, I know - I've procrastinated with this post again.  When other schools have snow days with even a few inches of snow, Cornell would still open. However, Cornell have this thing called "February Break", which is actually a 4-day break starting on Valentine's Day! (Does your school have that? Weird, I know.

Since it's cold outside and we (as in international students and Californians) aren't going anywhere, a group of us got together and decided to make this year's Valentines a little bit nicer than the weather. Because "food gives us the strength to love".

This year's menu is as follows (and in the picture):
Roasted Eggplant with Capers, Feta and Mint
Garlic Rosemary Steak with Kale Winter Greens Salad
Green Tea Lava Cake (chilled with Ithaca's own windchill)
and the tradition of course - Homemade Chocolate Truffles(assorted flavours)!

Recipes will be in hyperlinks. Thanks to these lovely girls for making the night so much more heartwarming than the -20 life outside <3 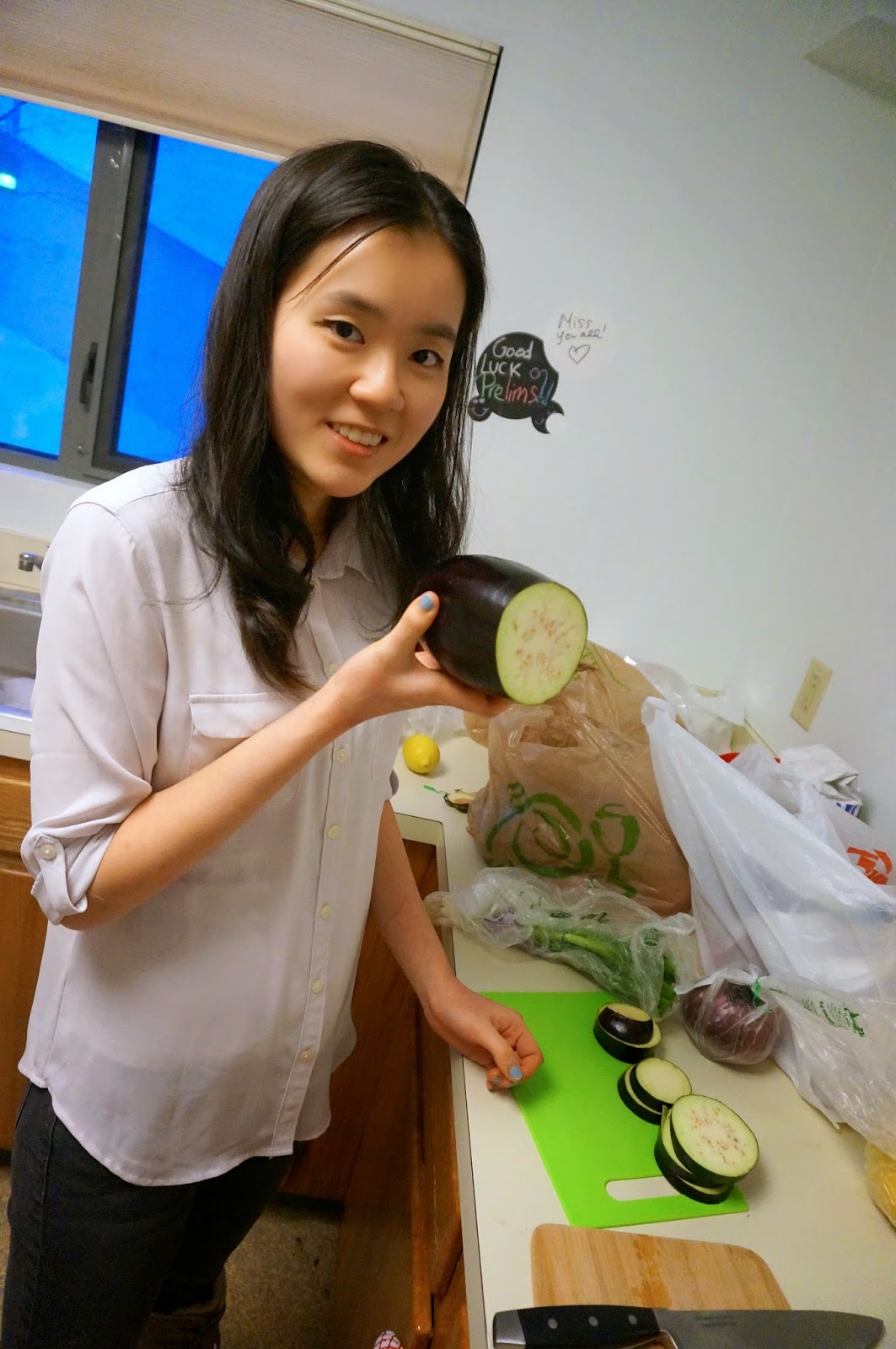 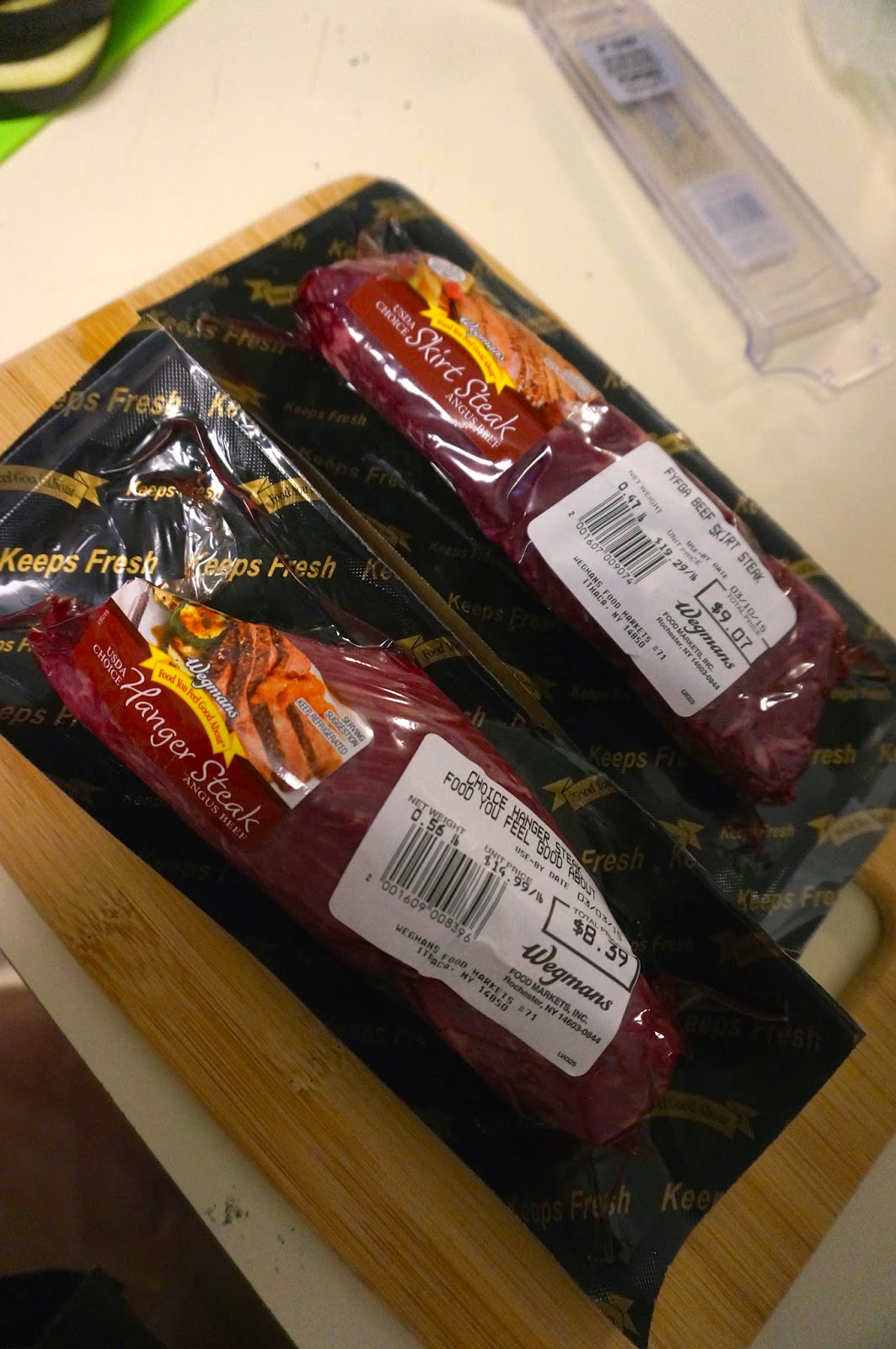 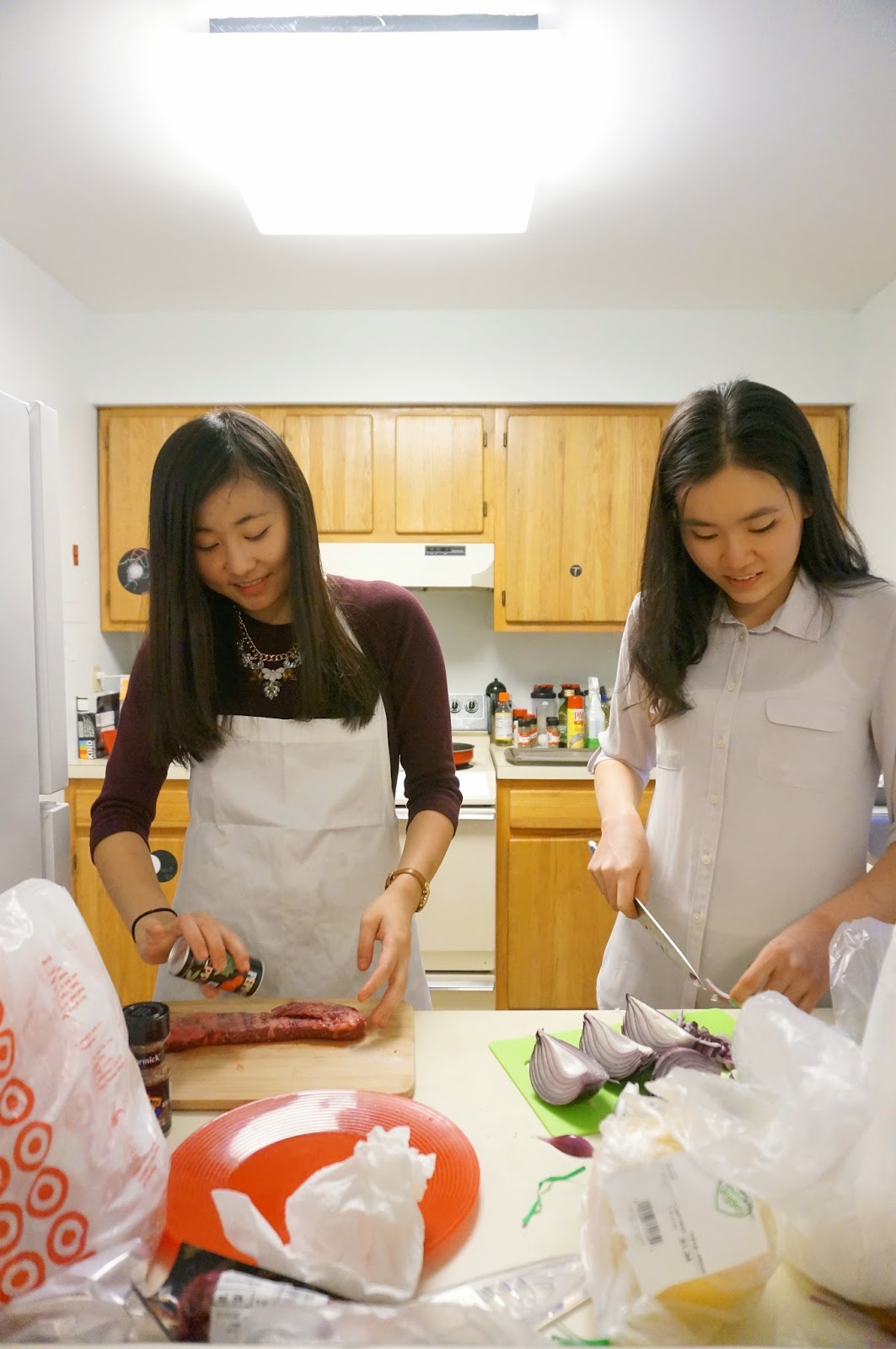 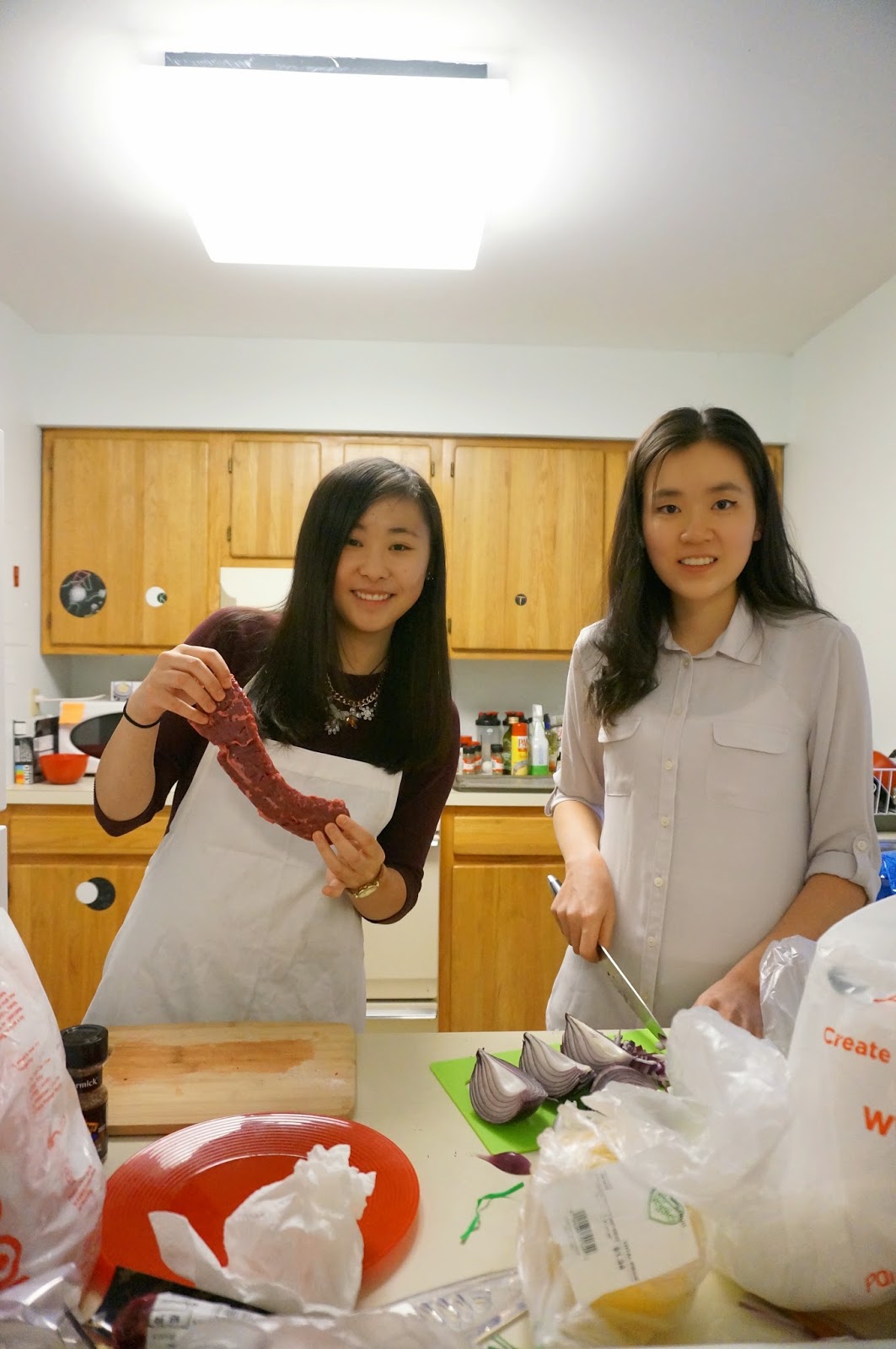 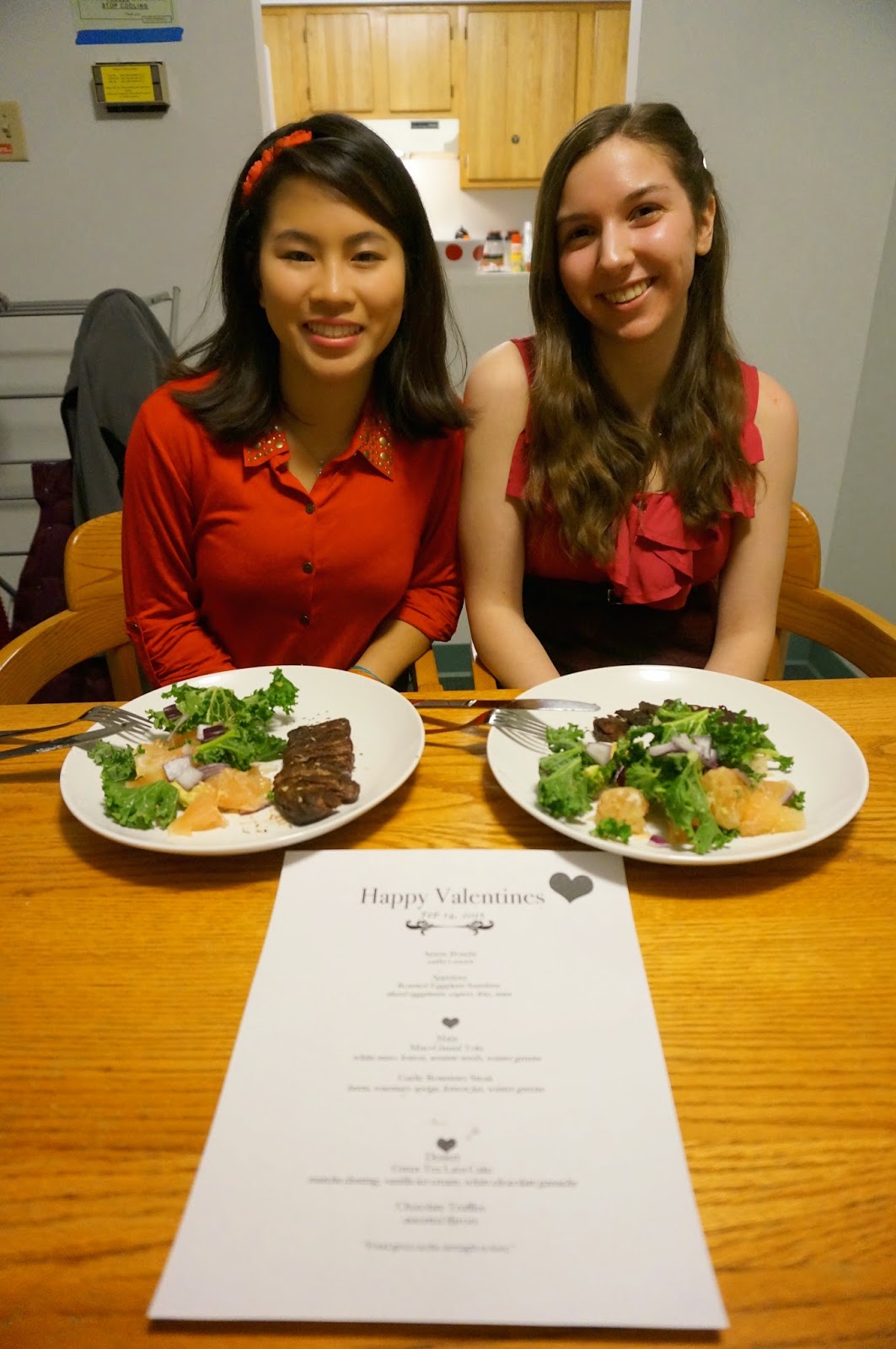 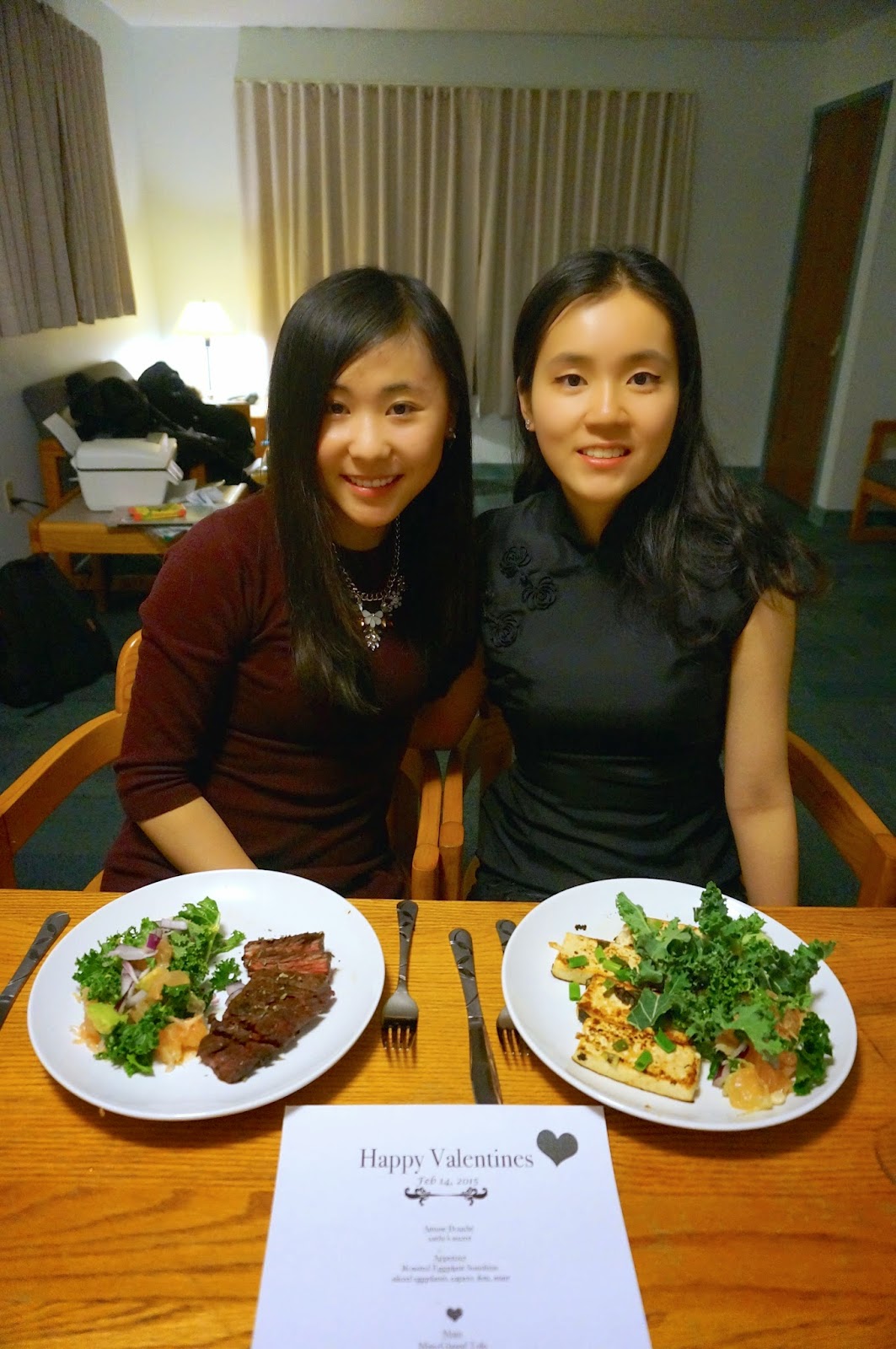 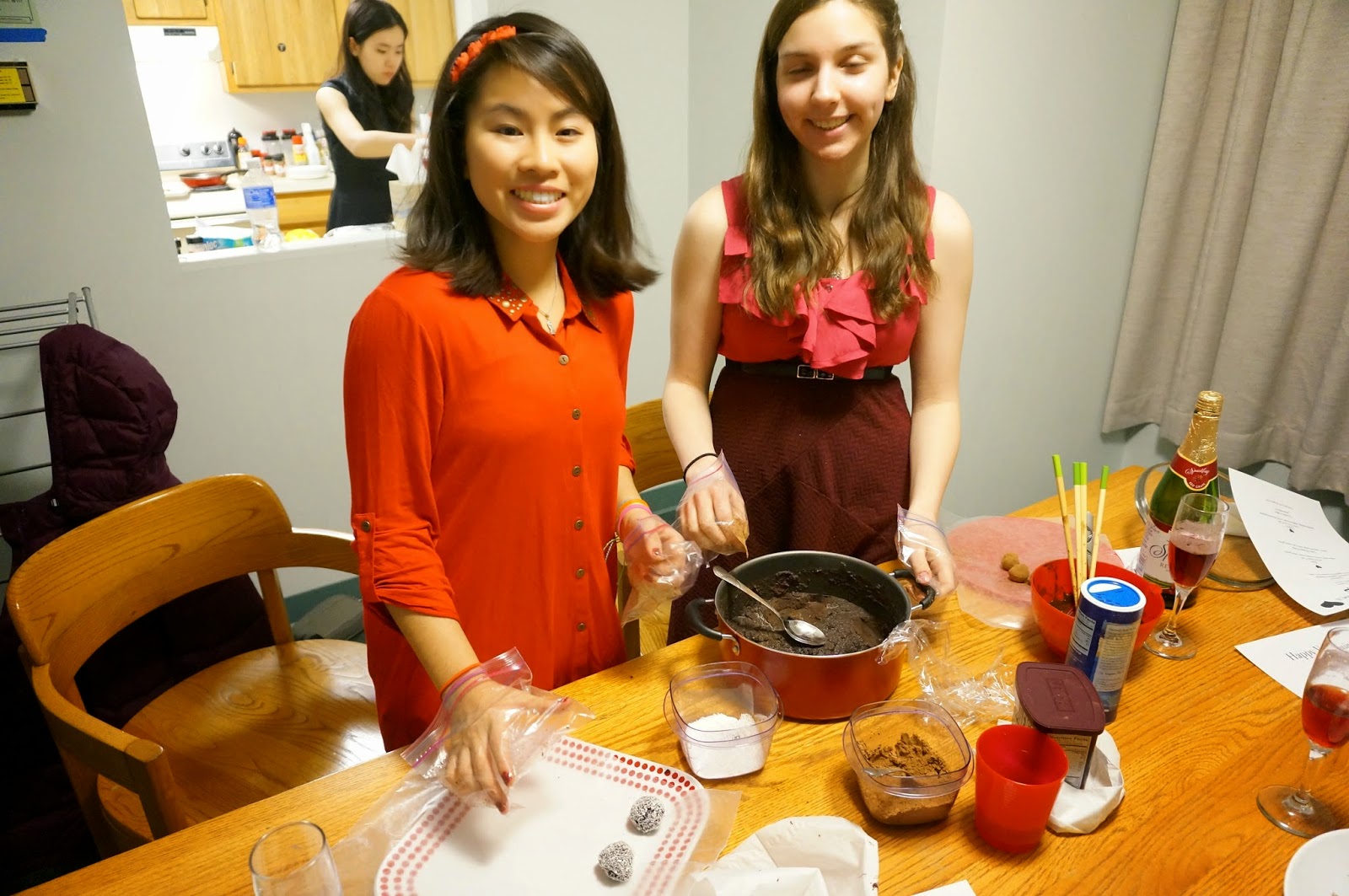 I originally made this cake for my mom's birthday - as a yearly tradition from back in 2011, I have always took charge of her birthday cake. These traditions may sometimes be quite humorous when you take a look to the past. For example, I got quite horrified at the NYC-Style Cheesecake I made for her in 2011 - burnt edges, excessive amounts of sugar and cream cheese, cracked tops and canned toppings? A kitchen nightmare.  Luckily mom did not know that I was going to make it a tradition back then. 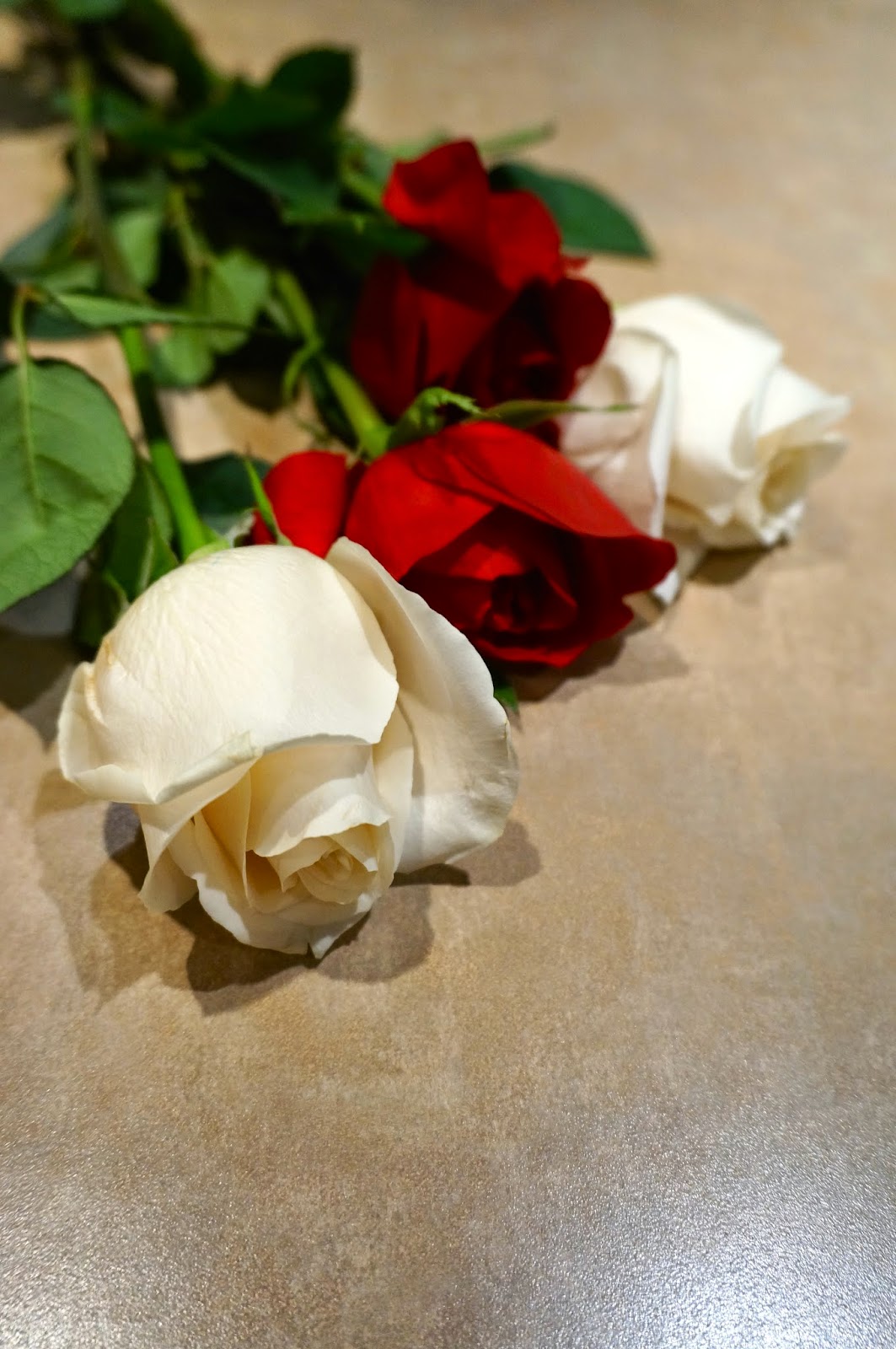 To create this cake I drew ideas from multiple recipes, which were all fantastic but somewhat challenging. Since the only store that sells rosewater in the village of Raincouver was 40 minutes away from my house, I ended up making my own rosewater from fresh Costco roses (when you go to a school with no Costco in the area, the place becomes a dreamland). Fresh rose water is actually quite simple to make and can be used for many things, from baking to facial treatments (a natural toner).